It's almost like the "Powers that Be" know that the fans wanted to see more after that Dark Knight Rises teaser was such a....well....teaser. So we have a few pics of Bane! bane fighting Batman, Bane on top of "the tumbler". Bane ripping up a picture of Harvey Dent. It's the most content we've gotten thus far, so click the jump to check it out. WARNING: some of you might consider these pics "Spoilers" but at this point, any and all speculation as to the context of these pics is....well....speculation.

My only fear is that Bane is not "Big" enough to call "Bane". I mean, he might be a great villain, but if he doesn't encompass what Ban is, then you might be better off calling him "Bob" or something. But people thought the ame thing when the first pics of the Joker came out, so time will tell. For now, here are the pics. And again, the last 2 (After the Harvey Dent dedication plaque) MIGHT be spoilers...but it's still speculation. Enjoy.
Throwdown! (And Batman; a wanted man is fighting among police....with or against I wonder) 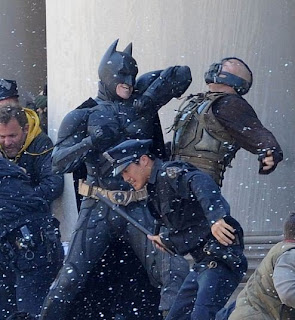 Yeah....PROBABLY a little stronger than The Joker 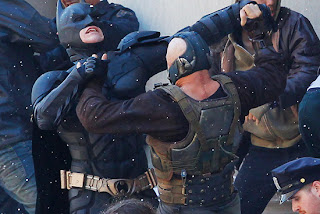 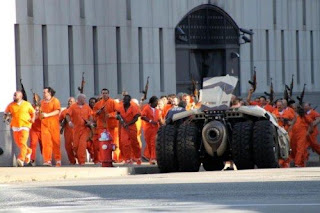 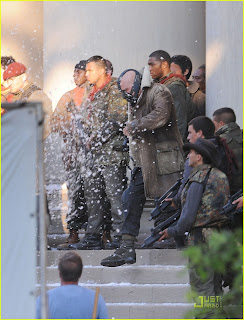 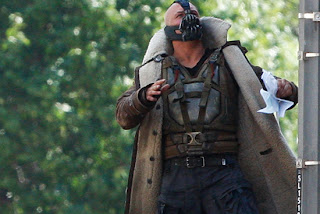 Recognise the mug in that picture? oh yeah....it's Harvey Dent! 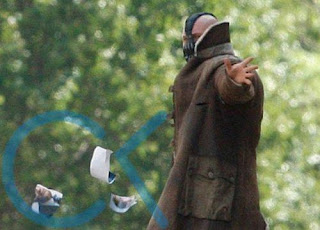 Bane standing on the Tumbler 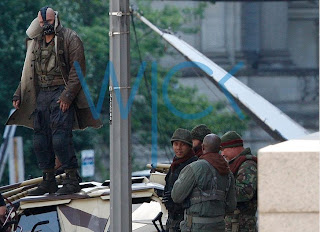 ﻿
Dedicated to Harvey Dent. Between Bane ripping up the Harvey Dent picture and this, Do you think Bane is out to expose the truth about Harvey? 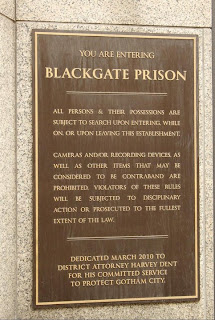 People have said that Marion Cotillard's outfit here is proof positive that she is actually Talia Al Ghul. But maybe she just a Gotham girl....who dresses like Talia Al Ghul would.....maybe.... 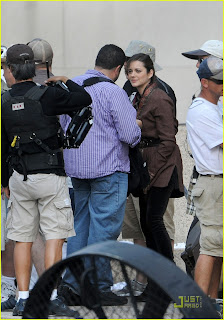 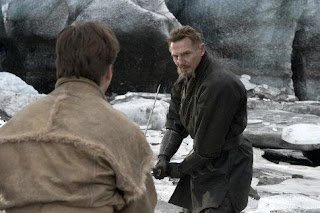 Posted by JeremyJahns at 8:33 PM